Making An Impact With Sustainable Materials

Making An Impact With Sustainable Materials

NugentCM’s clients contracted with them to replace the roof on their townhome, which is situated among a series of townhouses in a quaint village just north of New York City, known as Hastings-on-Hudson.

“The roof of the townhouse boasted a spacious rooftop deck, which we obviously had to demolish and remove prior to replacing the roof”, said Ivey Long, NugentCM’s Project Manager. “Our goal was to not only replace the roof, but to build a bigger, more impressive deck, and it was important to both our clients and our firm to use a long-lasting material, preferably something sustainable like wood, and a material that could be domestically sourced.”


Ivey and her team were familiar with thermally modified wood, and one of their partners had worked with the Americana™ product in the past.

“We were thrilled to learn that Americana™ is not only a US company, but it is produced by a family-owned operation right in the heart of Pennsylvania,” commented Long. She continued, “Whenever I contacted the folks at Americana™, I learned quickly that communication is their strong suit. I was always greeted with a friendly voice, but more importantly, they were so incredibly responsive, especially when it came to estimating and shipping.”


The rooftop project commenced in the late fall of 2021 and was completed in January of this year. The new deck is three times larger than the original, and the chosen wood is Americana™ thermally modified ash. When standing on the front of the new deck and looking south on a clear day, the New York City skyline makes its striking appearance. Both the client and the team at NugentCM are extremely happy with the outcome of the project.

“The Americana™ ash sands well and cuts well, has great color throughout, and there is no evidence of warping or cupping. I'm really pleased,” said Long. 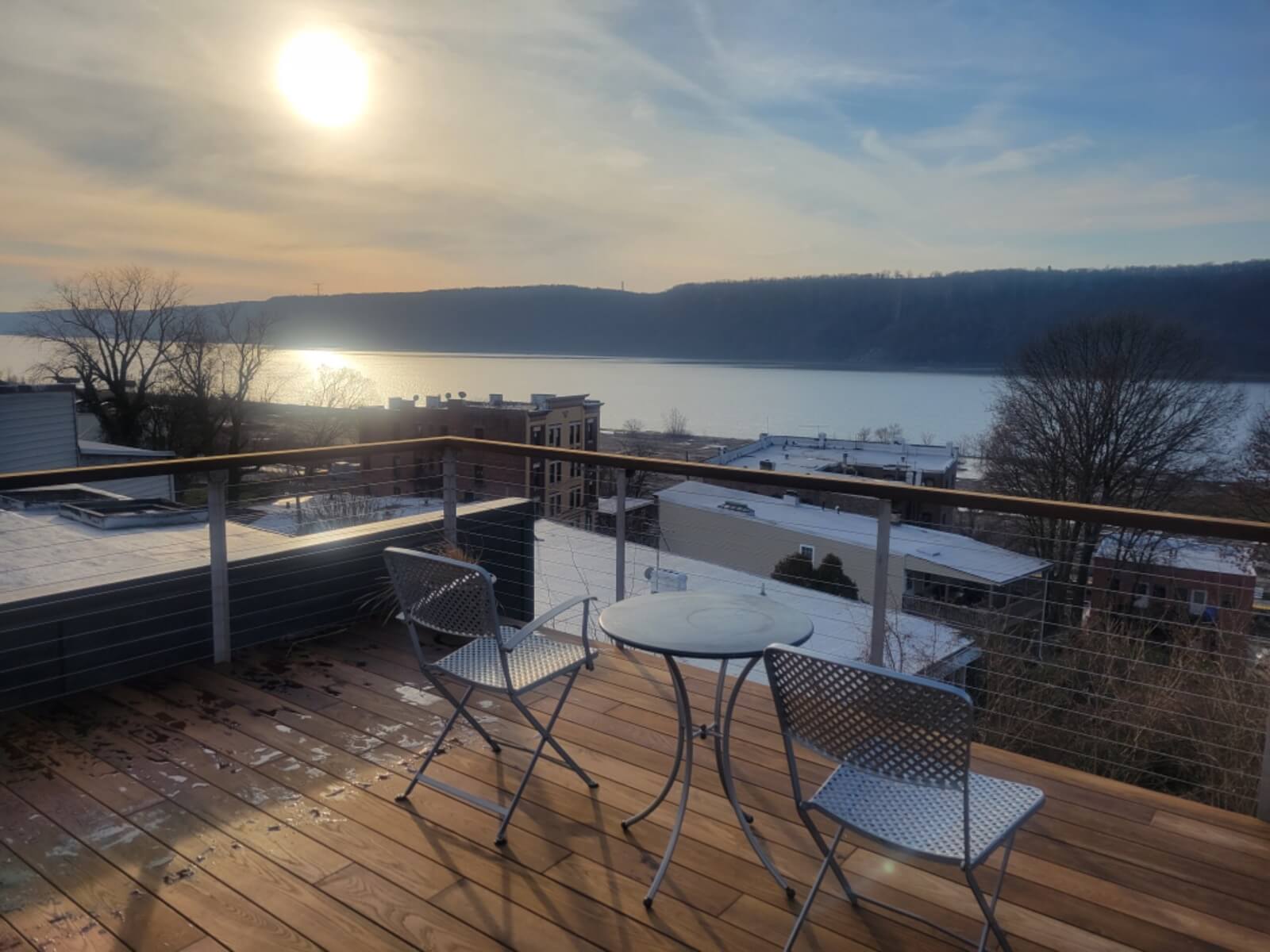 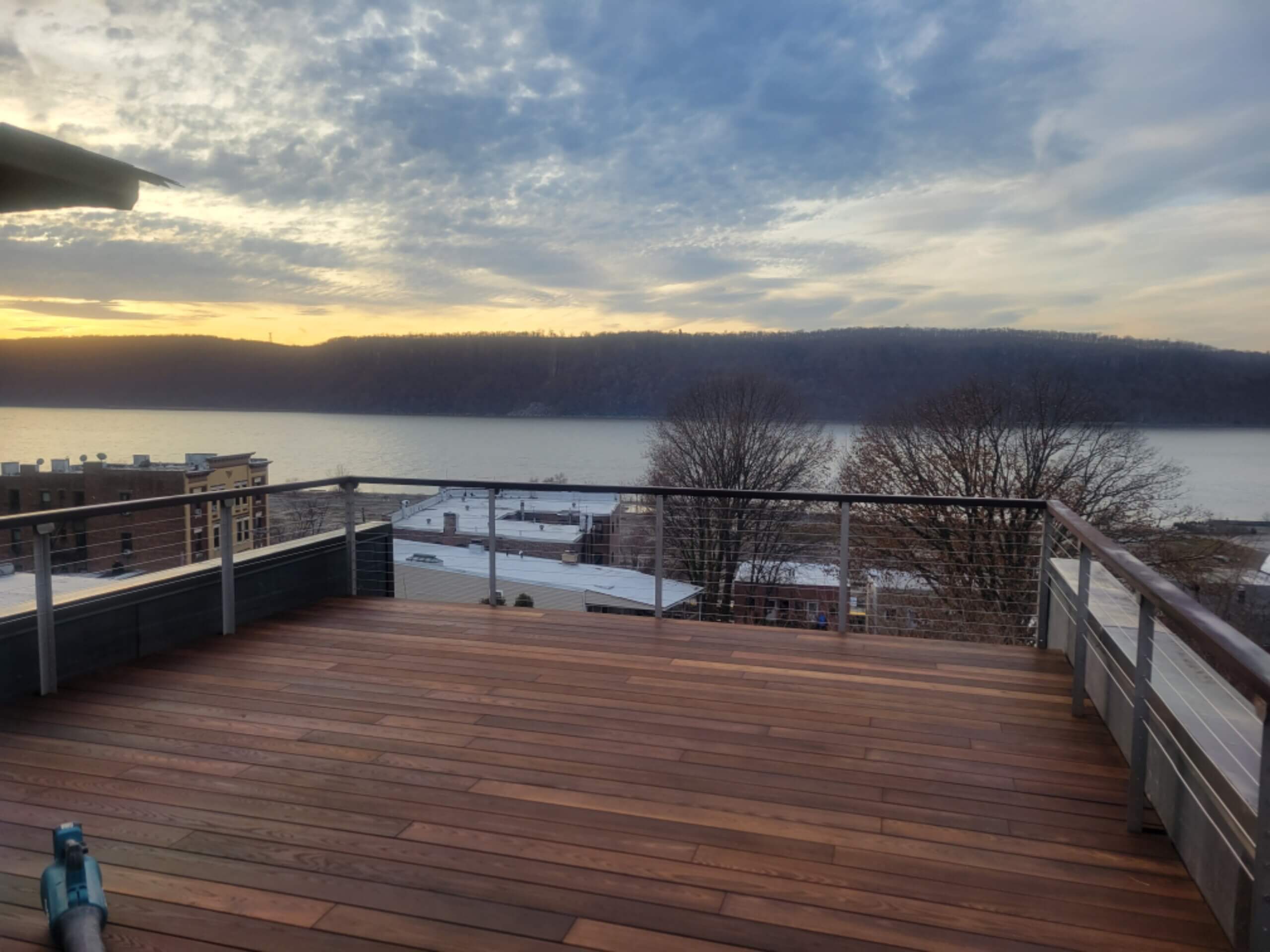 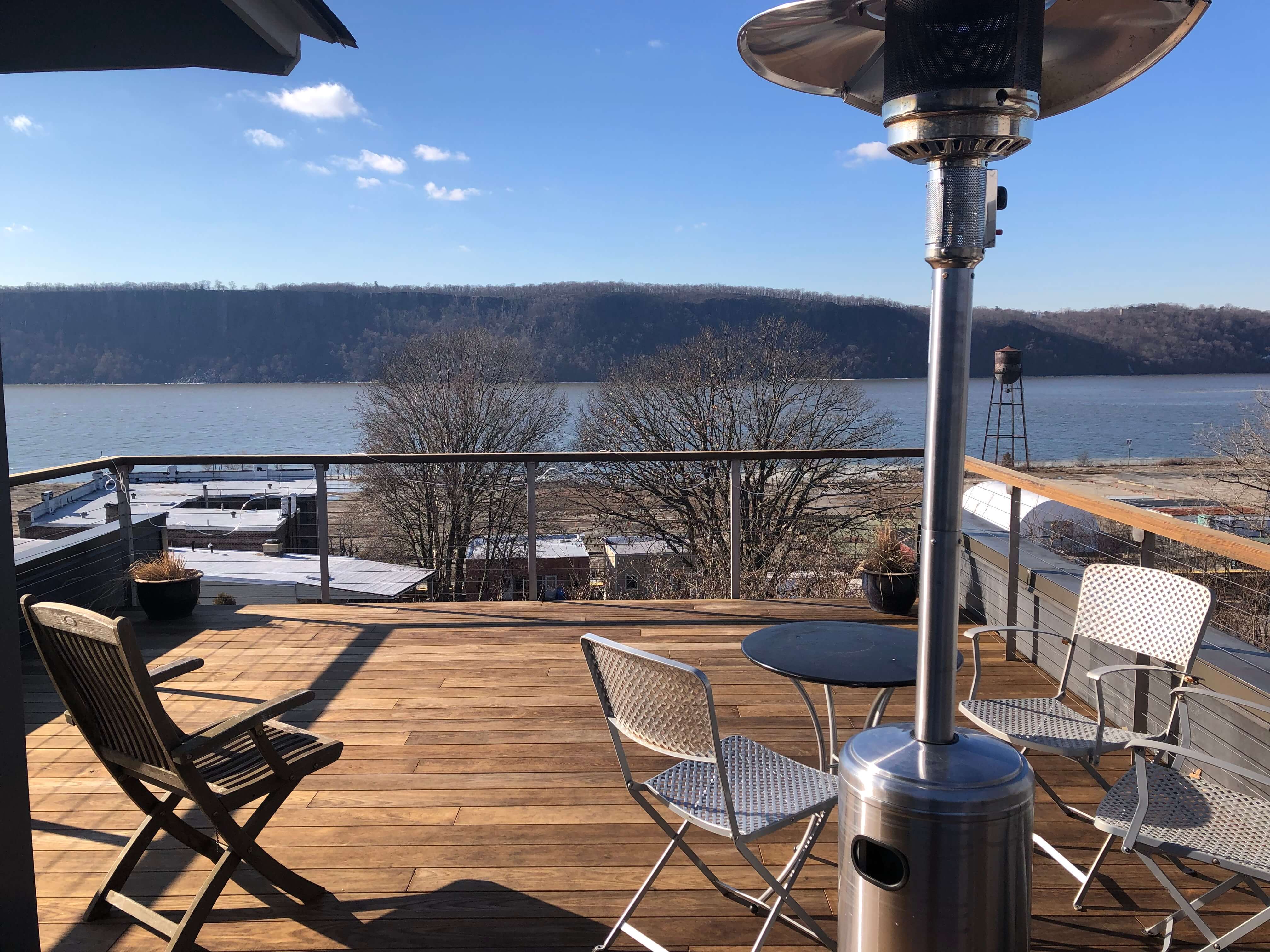 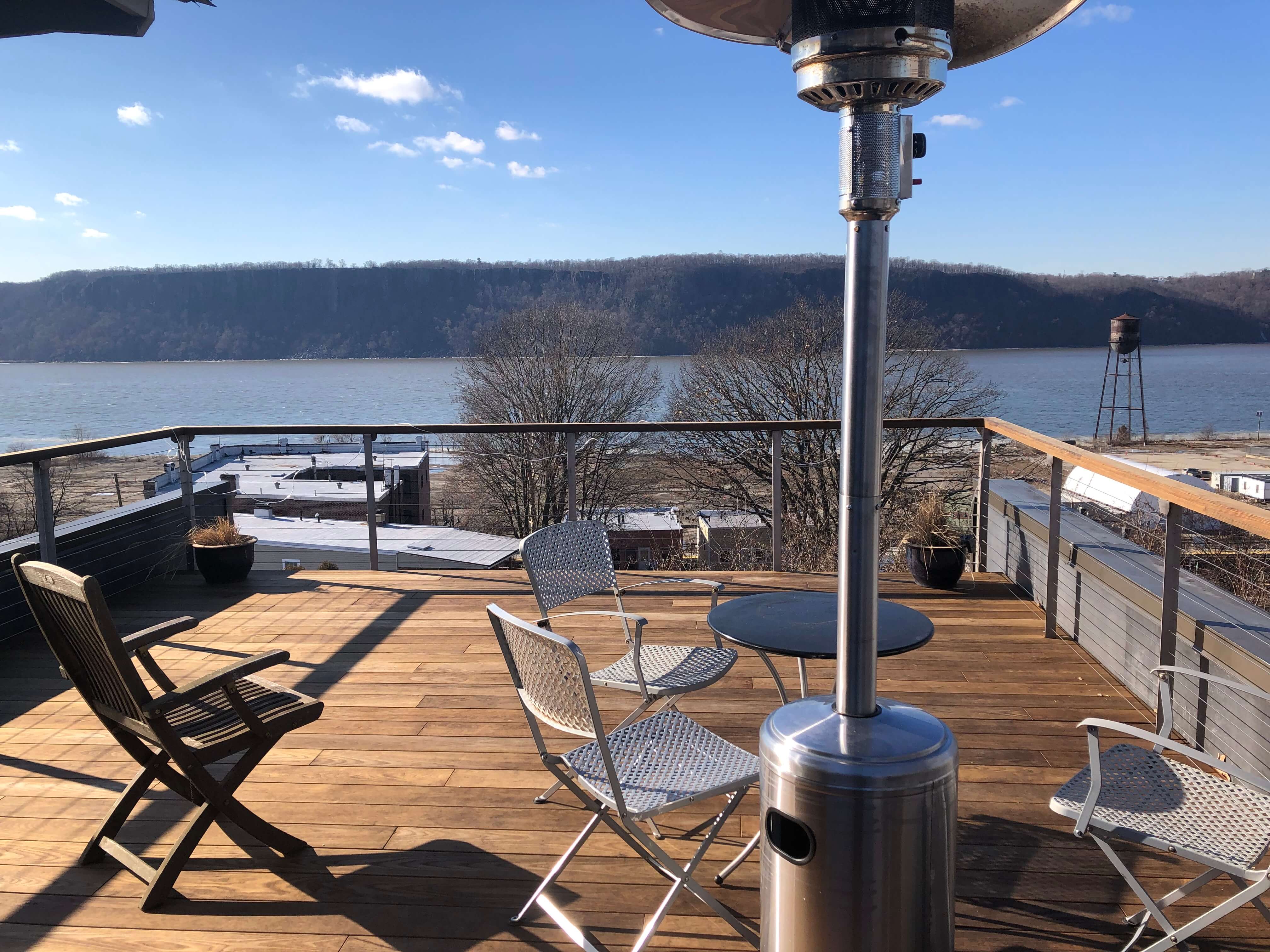 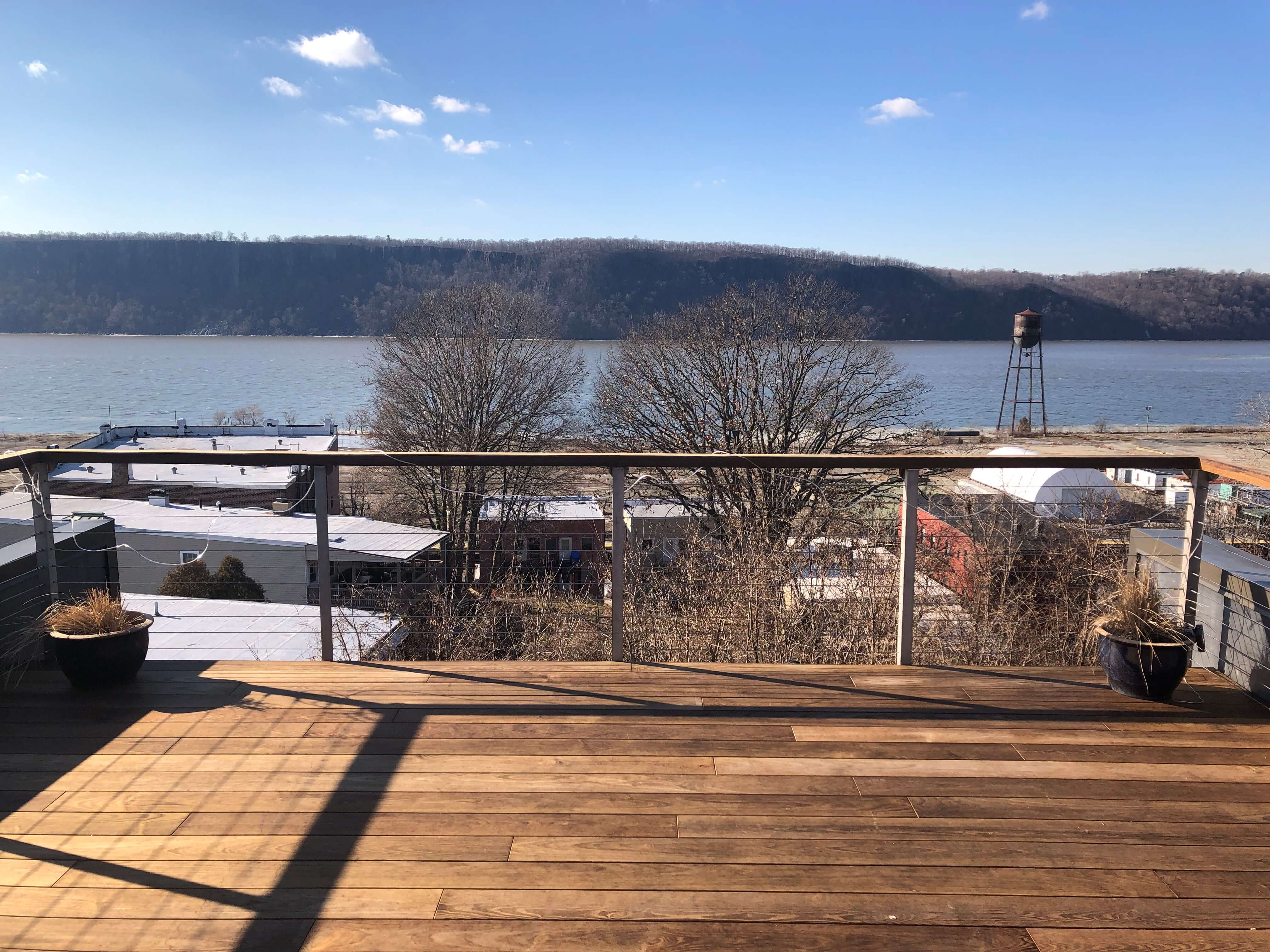